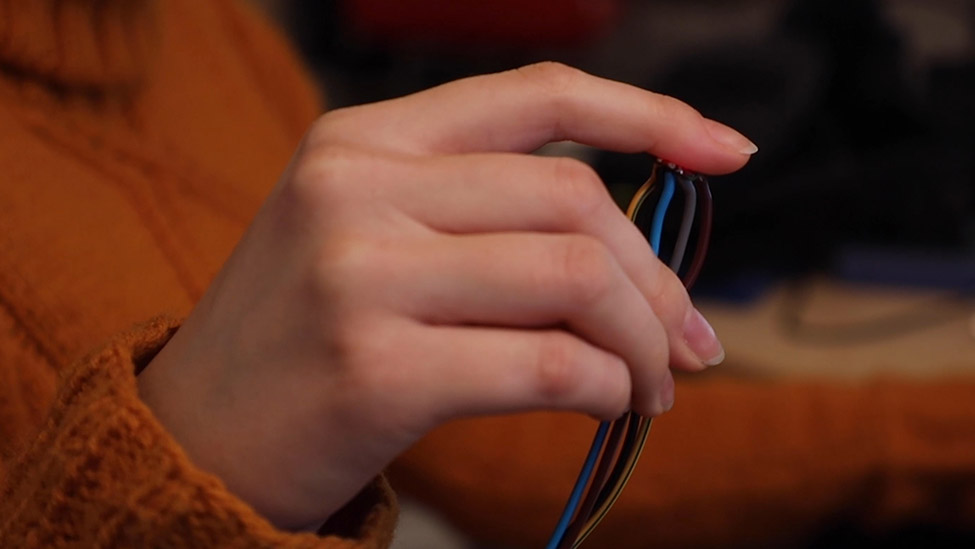 3. A Practical Approach for Identifying Suffering

The Primacy of Fear

The project must begin somewhere, and we suggest that the experience casting the largest shadow is fear.  It is present in anxiety, phobias, PTSD and psychosis amongst others.  Moreover, when we think of experiences like voices or visions, it is often the accompanying fear rather than the perceptual experience that causes distress. Fear makes us lose grasp on reality, act irrationally and is at the root of much mental suffering.

The intuitive approach is that symptoms beget suffering and so curing the symptoms is key to curing the suffering. This is as intuitive as plucking a guitar string to make a sound.  But what if we turn it on its head? Can making a sound vibrate the guitar string? Well yes, it can and does.  Pioneering psychologist William James was one of the first to take this counter-intuitive but intriguing perspective when he said that “we feel sorry because we cry, angry because we strike, afraid because we tremble”. In other words, the emotions come from the physical responses, not the other way around. Though a simplification, this is partly true.

Can controlling fear itself help ease our symptoms? This is the core idea we will explore. If true, it offers the possibility of a focused interventional approach that could cut off suffering at its source:

At its most basic, fear is a mental state with an associated physical response.  The physical and mental are intimately linked. Indeed, it has been argued that one cannot experience fear in the absence of its physical attributes.

But can we “fingerprint” fear by examining its physical, measurable attributes? If we can then we are confronted with an exciting possibility: by identifying the parameters of fear, we can measure them and, critically, characterise how they change in relation to particular situations and interventions, both externally created by the skilled game designer and internally shaped by the individual.

The responsive and absorbing narratives and contexts of the video game become the arena within which the individual learns to recognise, identify and even harness their physical and physiological responses. The game becomes the learning environment in which they can gain control of fear.

These are exciting ideas with important implications but reality dictates that we begin with more fundamental and basic questions including:

Biometric signals are not new and if there were to be easy answers to the above, they would have been found by now.  The reality is that biometric signals present a great deal of noisy data that can be hard to interpret or make sense of.  Without a precise context for what is going on in a subject’s mind, the data is next to useless.  But here is why we shouldn’t give up:

So, a strategy may be to look for a “fingerprint” of fear across multiple biometric data streams in a person rather than to try and derive a meaningful fear state from any one noisy data stream.  It may well be that identifying these fingerprints requires machine learning, as they may be too obscure or impractical to identify manually.

We cannot bring a scientific approach to the understanding of fear without the capacity to observe states of fear. Experimentally, this means that we have to be able to induce a controlled state of fear in an individual so that we can detect and study their responses in the many forms that they take.

In this respect, the game designer has a set of powerful skills. Games can induce precise fear states and we do so through storytelling and immersion.  Take the opening of Hellblade in the canoe:  one can observe that most gamers playing the game on Twitch share the experience of ‘dread’ and one can imagine that they would produce similar physiological signals as a result.

With the capacity of games to create precise simulated scenarios – control contexts – we can model ideal settings within which we can do unique experiments on fear, inducing states, recording signals and manipulating immersive contexts such as VR and non-VR settings.

Against these control contexts and suitable subjects, we will measure every signal we can and look for fingerprints in the noise.  We can increase the sample size to many players and see if there is a common fingerprint for fear states across different people.  We can also look for an overarching signal for fear itself.

Our approach explicitly recognises that key parameters may not be the absolute values of particular signals (e.g. heart rate) but rather the dynamic shifts in these values (e.g. beat-to-beat variability of the heart, or rate of change of respiration). Indeed, core signals may lie in higher level interactions between variables, such as the degree to which heart rate variability is determined by respiration patterns.

The Insight Project is an experimental and exploratory project expected to take shape over several years but is being announced early to encourage an open and transparent approach to its development.

2. Principles of The Insight Project

There are competing theories over how emotions are represented in the brain, how they relate to signals from the body and even over the basic questions of whether there are truly distinct types of emotion.

4. Strategies for Representation, Control and Play

It’s easy to provide someone with a representation of any one of myriad markers of their current physiological state. But for them to be motivated to use this information, it should be represented in a way that is credible, salient and compelling.